We use cookies and other tracking technologies to improve your browsing experience on our site, show personalized content and targeted ads, analyze site traffic, and understand where our audiences come from.

To learn more or opt-out, read our Cookie Policy. In an interview with Polygon earlier this week to prepare for the announcement, O'Brien told us that this shift to free for the base game doesn't change the studio's core approach buy-to-play, a model he has "been championing since the original Guild Wars a decade ago. We love that clarity. We love that customers who bought the base Guild Wars 2 got more than 40 major content releases for free, no monthly fees.

Instead of changing their business model, O'Brien says making the core Guild Wars 2 experience free is more about removing barriers for entry, another key focus of the developer. You have to buy the base game and each expansion pack just to be qualified to buy the latest.

It's just a barrier to entry. Guild Wars 2 is the game about tearing down those barriers and making it easy to play with your friends. O'Brien confirmed that the studio will not change the Black Lion Trading Company, its hub for real-money transactions which has been in the game since launch, in order to get more money out of free players. The Black Lion Trading Company allows players to purchase mostly cosmetic items using gems, which are primarily attained through spending real money.

But there's that stigma that it's a different business model. We're not actually doing that. We're not going back and changing the way the game is monetized. We're not going to make it so it starts free but has its hand out asking for money. It's the same Guild Wars 2 that it's always been and the same gem store that it's always been. For example, free players will have less inventory space, will have a limit on how often they can begin new whispered conversations and will not be able to send mail to players.

Free players will also have to reach level 60 before they're allowed to take part in Guild Wars 2 's world versus world mode. O'Brien declined to comment on whether Heart of Thorns or other future expansions may also become free upon the release of subsequent expansions for Guild Wars 2. Our bet is that we still believe in buy-to-play, but all we want you to buy is Heart of Thorns.

With that step to appeal to new players, the developers also went on to reveal a new raiding system that will be added to the game with the Heart of Thorns expansion to satisfy the hardcore player base that already exists. As popularized in other MMOs, raids will be a player experience challenging groups to overcome extremely difficult bosses.

However, ArenaNet is putting its own special spin on raiding. One of those barriers Johanson pointed to is a heavy focus on user interface and "watching a lot of UI bars move up and down. Johanson noted that Guild Wars 2 's raiding system is also well positioned to take advantage of the game's unique approach to player roles — which is to say that there are none. It's all about playing the profession that you love and setting up your build to support and work with the other people in your party to overcome the challenge.

Read Critic Reviews. Add to your wishlist and get notified when it becomes available. About This Game Guild Wars 2 is an online role-playing game with fast-paced action combat, a rich and detailed universe of stories, awe-inspiring landscapes to explore, two challenging player vs. Explore a Living World Tyria comes alive with thousands of stories that change based on the actions of players like you.

You never know what you'll discover each time you play! Attack on the move, dodge and roll away from enemy blows, and team up with other players to dominate the battlefield! Create a unique character, decide how their story evolves, and uncover new revelations, questions, and truths with every choice you make. Competitive Play for Everyone Competitive play in Guild Wars 2 is easy to learn but offers challenges for new players and hardcore PvPers alike.

Whether you decide to jump into quick, furious matches between small groups of players in organized PvP or join hundreds of other players in the grand battles of World vs. World, PvP is where you'll find the ultimate challenge! System Requirements Windows. See all. There are no reviews for this product. Enter up to characters to add a description to your widget:.

Create widget. Popular user-defined tags for this product:? Sign In Sign in to add your own tags to this product. Gifting on Steam The Steam Community. Support Forums Stats. All trademarks are property of their respective owners in the US and other countries. VAT included in all prices where applicable.

Whether you're a stern gladiator, a mysterious traveler, or an elegant mystic, express yourself with endless character customization options. Dream up the perfect protagonist for your story with five playable races and a detailed character creator. Choose from eight unique professions, equip your favorite weapons, and tailor your skills to your play style.

Craft powerful gear and customize it with hundreds of unique armor skins, weapon skins, and dye colors. World mega-battles and player vs. Enter Tyria a world shaped by the flow of magic. Be Who You Want to Be Whether you're a stern gladiator, a mysterious traveler, or an elegant mystic, express yourself with endless character customization options.

Combat Choose from eight unique professions, equip your favorite weapons, and tailor your skills to your play style. Both modes seem alive and well to me. Was running a key farmer through Queensdale earlier today and that map was bustling with people.

Ran another alt through the Cursed Shore doing some resource gathering and that map was busy as well. Just now I finished three solid hours of WvW. The fighting was intense, fast moving, and fun. At times I was running with a zerg, other times I was solo roaming or was running in small pugs. The map was roiling with fights, big and small. Oh, and I love the WvW rewards. Right now I'm working on my first set of legendary armor there. So yeah, the game has problems here and there which you can read about ad nauseum here on this forum, but overall GW2 is still well worth playing for me.

Kylden Ar. Likely the best deal out there, hands down. PvE - Heaps of money thrown at it and new xpac announced so no shortage there Dungeons - Nothing new here no changes for years Fractals - Rarely updated but you will see a new one every now and then but don't hold your breath New one comes out tomorrow I believe Raids - 7 Wings available with multiple bosses each wing but no additions planned for this game mode.

PvP - Just recently got into it. Not much new here but can be enjoyable as long as you don't take it to serious. WvW - My game mode of choice currently. Hardest part is just finding a home that fits you. I catch myself playing for about a month then putting it back on hiatus ever few months to years.

It's good enough to kill some time, but it doesn't feel too different from release day. The core of it is still fill hearts, see the sights, run group content for cosmetic armor bits Just now there's a lot more living story to go through. And mounts. They're pretty nifty. PvE is generally pretty good, although there are some annoying issues sometimes like lag.

I don't think much has changed for the better in WvW or PvP, just more of the same. I think the population in WvW has declined, or at least it seems this way now from my experience. PvP is too hard: you can get downed within 3 seconds if not maximum concentrated.

Mistakes are not allowed. WvW: i have no idea when it's the right time to join wvw, i am completely lost there. And you need to farm for WvW mount which takes I don't know how long: days? Pve: i would like to do some Fractals or Raids, but i don't like being one shotted by bosses and i don't have time to learn mechanicc of all bosses, so i don't yet have enough courage to enter even easiest fractals.

I am sure they are not easy at all. One mistake and you are dead, i guess. Not for my taste. Raids are probably even harder. Also a majority of builds are not acceptable in fractals. Wanna play a Hammer Guardian or Scepter Mesmer? Forget about it. I think this game is for hardcore players only, certainly not for casuals with exception of open world. Dmg is just way to high, some bosses can one shot you etc.

You can't play it on more relaxing way, like WoW. I am tired, i can't keep max concentration for every single aspect of this game. It's still enjoyable even with time constraints. However, depending on your schedule you might find raiding more difficult due to how much time you have to dedicate to them.

That being said Fractals are still a thing and a new one is being released. You should be able to manage that! I suggest you start playing on a Friday evening and join a zerg with a commander. If you have 80 Potions of WvW Rewards you can the reward track done instantly that will give you the last piece to your mount. Otherwise it will take about a week to finish the reward track if you are not running any boosters and play regularly.

Just a FYI most commanders like to have you in voice, You don't have to talk just listen , most use either Discord or Teamspeak so you may want to have those installed just in case. I suggest trying the early fractals. My friends and I worked through the first half dozen or so and they were all fairly simple.

You gotta see for yourself In my experience gw2 still the beat mmo out there The game still has the issues you mentioned to some extent Now you gotta play it and see if those issues still annoy you. Day Trooper. 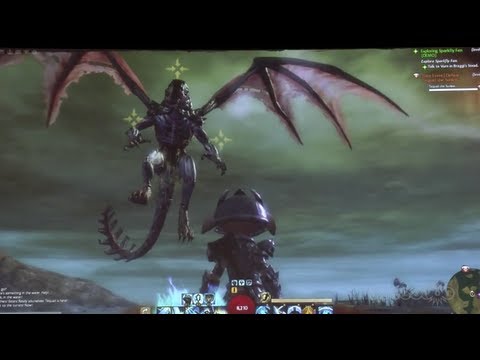 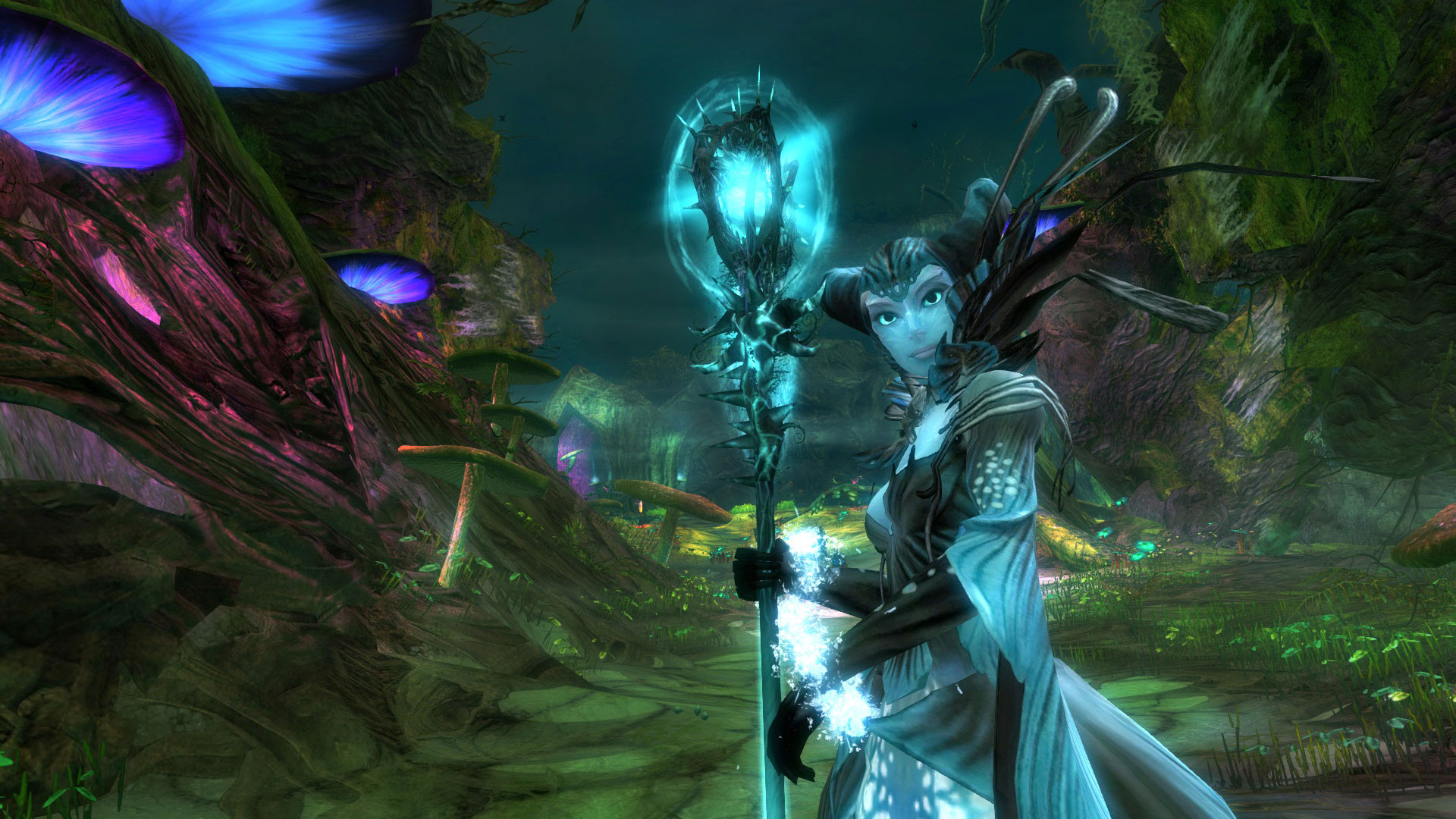 casino san diego 18 and up 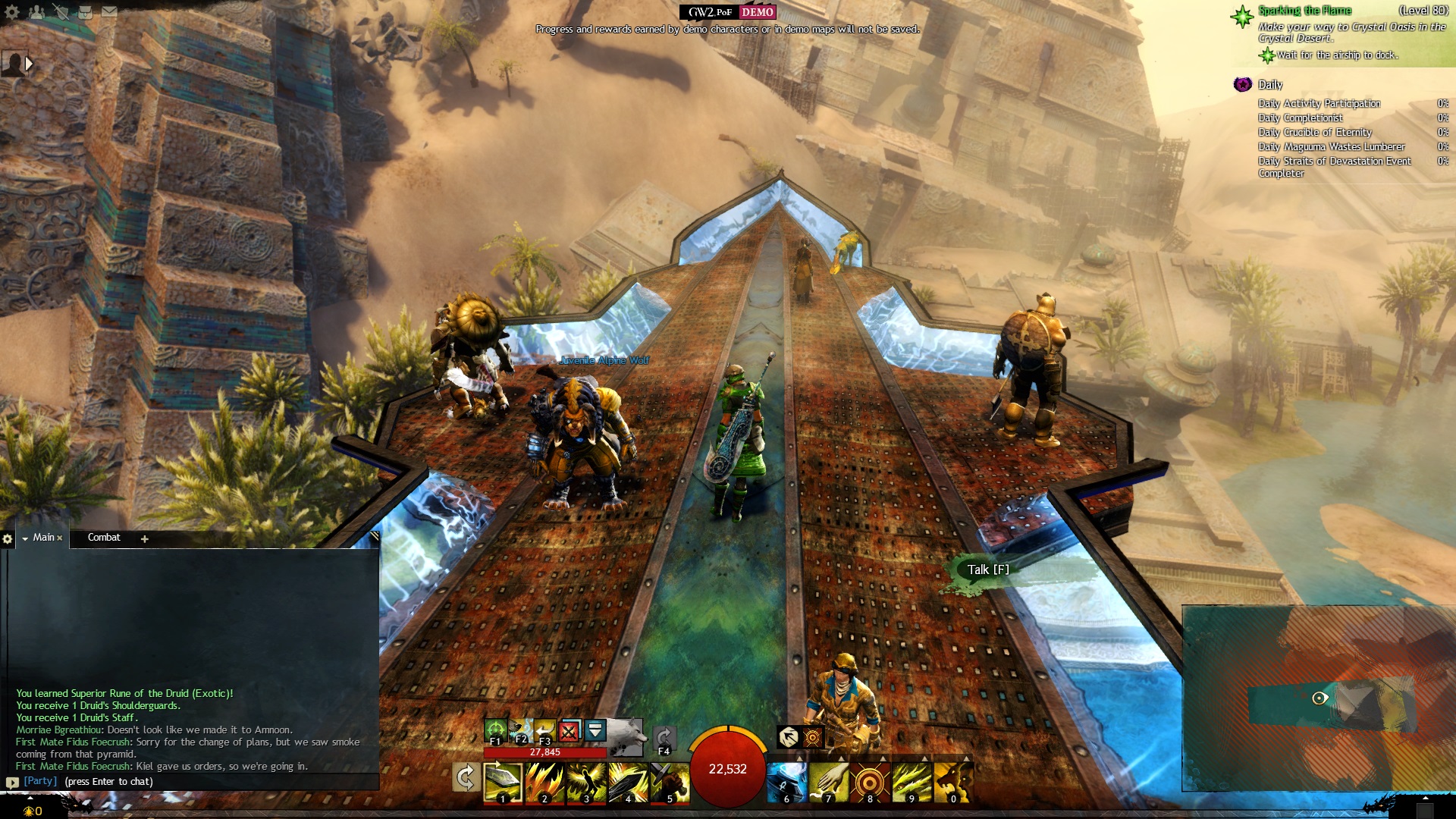